Some positive feedback about Apple News during 2020 election.

The feedback is overall positive. 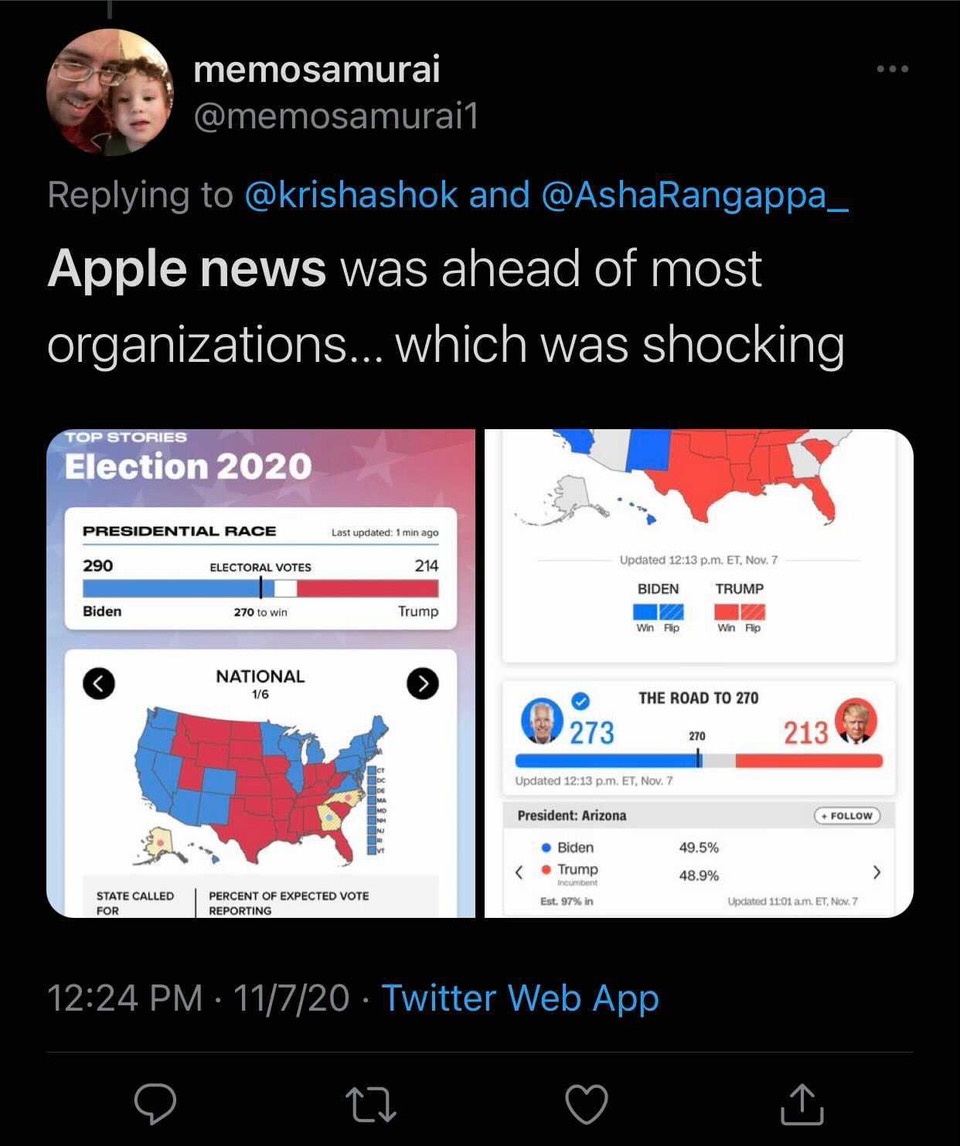 Some are outright hilarious. 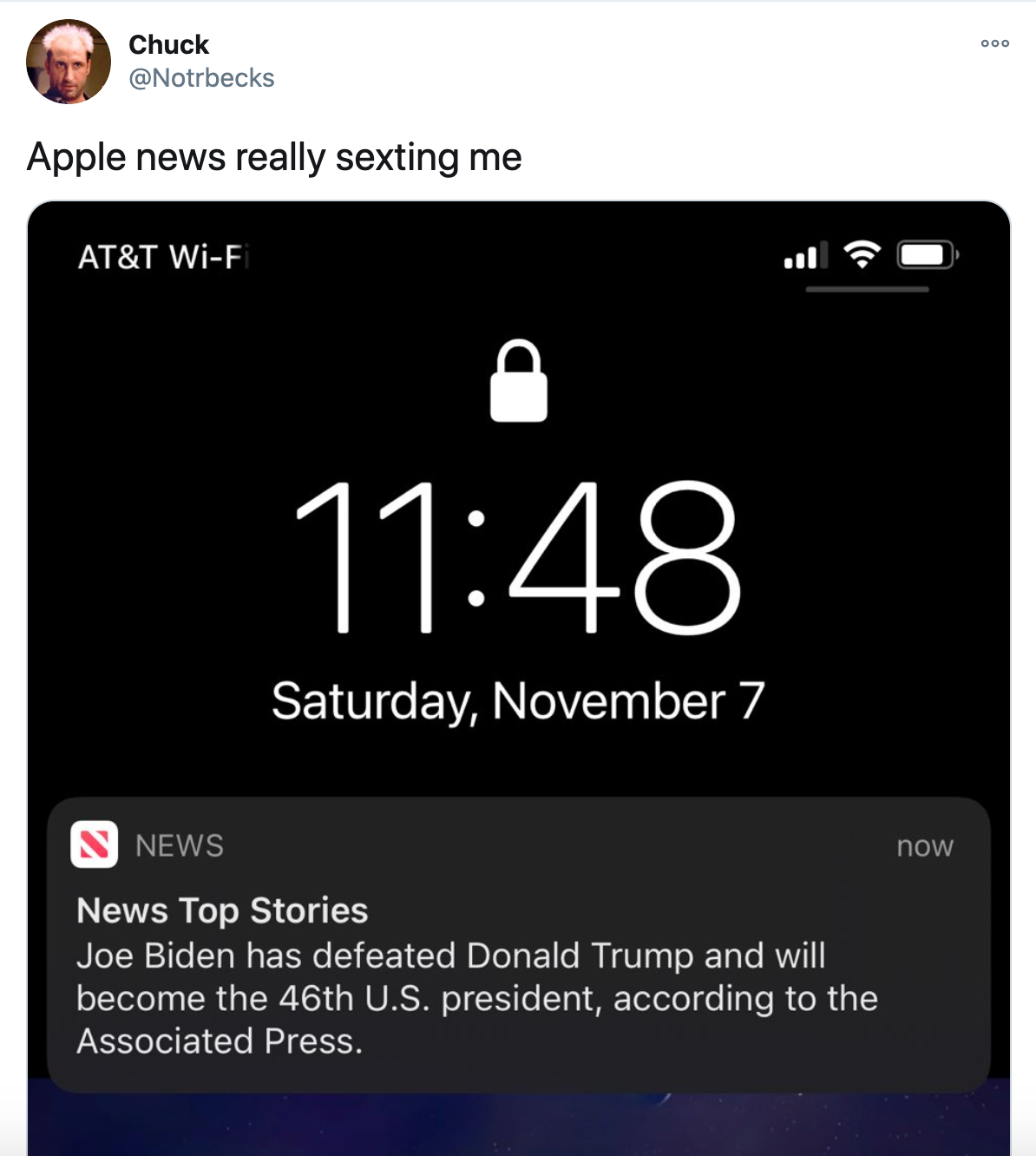 After the election, it is reported that the President-elect Joe Biden “relies on Apple News to help him get headlines from other reputable media sources.” Politico also mentioned Biden’s media diet, noting he is a “devoted fan” of Apple News and has news app notifications on his iPhone on to keep up with stories throughout the day.

P.S.: I’m just a little proud of my work’s impact. This post is not meant to express my political views.